Get fresh music recommendations delivered to your inbox every Friday.
We've updated our Terms of Use. You can review the changes here.

A Volcanic Volition in Score 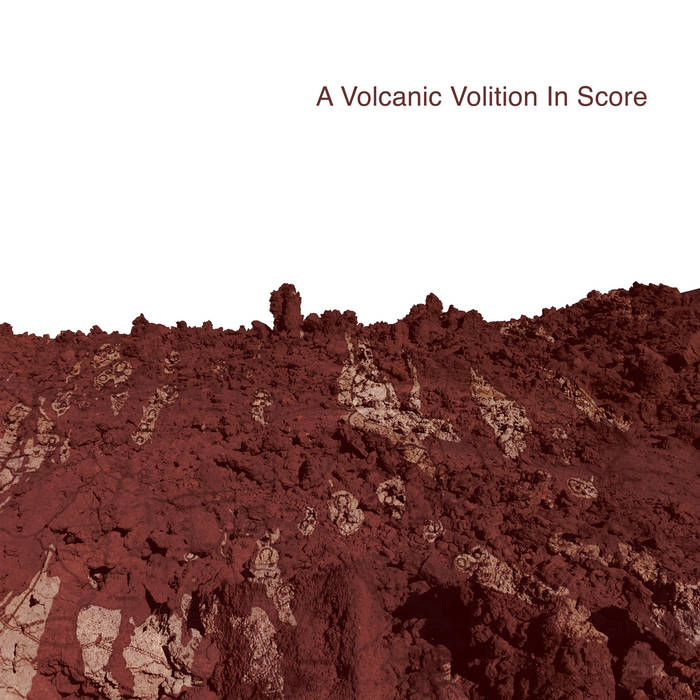 Sihou Experimental electroacoustics, as usual with Martijn and Saverio, but the oppressive background gave way to melodrama, sliding notes of sadness and bursts of mystical ritualism. The mood of a foggy morning, swirling gray clouds and occasionally breaking through bright sunlight.

“Why does New Age make such a big deal of coincidence?
Because it’s the cheapest form of a miracle.” - Jules Evans

A Volcanic Volition in Score is an album built on a foundation of coincidences. When Martijn Comes and Saverio Rosi first met, they instantly noticed their shared background: Both had spent considerable time in the Mediterranean, and for both, these ties continued to influence their work (Rosi's duo Lanificio Leo was based entirely on recordings of a Calabrian textile factory). Both, too, believed that pure sound “can express deep, unconscious visions.” In 2016, they shared a residency at Amsterdam's De Ruimte, which led to a performance – and the beginnings of Volcanic Volition.
Shortly prior to the project, Rosi had been to Istanbul, where he'd collected field recordings: Scenes at a mall, the prayer call of a muezzin. The latter in particular turned out to be a pivotal point: “When I heard the singing, it released all my deepest memories. I thought: There must be a reason why I’m here.” They allowed their contributions to develop, gestate, evolve and transform with remarkable patience, at times editing each other's contributions, then again adding new instrumental passages, samples or “recordings that seemed urgent”, as Comes puts it.
Comes instantly saw a connection to another project he'd been contemplating: A collaboration with San Francisco based composer and bass player Jeffrey Roden. Roden began sending them short bass pieces, similar in spirit and sound to his triumphant Seeds of Happiness, which had landed him in the New York Times and on the roster of the New Albion label. When Rosi told him that one particularly captivating melody reminded him of Sketches of Spain, Roden was baffled. Rosi hadn't just referenced any album. As he put it, “as far as I know, Sketches of Spain is the only thing I know of that is perfect.”
Rosi fleshed out the sketches into time-suspending, otherworldly miniatures, adding atmospheric field recordings, sensual mallett sprinkles and even ritualistic chanting. Combined with the duo pieces, the result is a dense sound world between ambient, world music and jazz. All sense of reality and individual attribution is lost here. As songsmith John Southworth (talking about his own work, but almost magically related to the music at hand) put it: "Music is film; and dream is film; and songs are birds; and birds are dreams."
Do these encounters and connections matter when listening to A Volcanic Volition in Score? It is hard to say. As philosopher Jules Evans has noted, we all experience coincidence at times, like “a friend calling you when you were thinking of them.” Maybe that's what this album is: A creative conference call between friends who, for an inspired moment in time, couldn't stop thinking about each other.

Naima Rosi
Voice on Sketch I

Tracks 2, 4, 6, 8 mixed and produced by Martijn Comes and Saverio Rosi

Discreetrecords starts in 2013 as a record label focused on experimental, electronic & improvising sounds.

Bandcamp Daily  your guide to the world of Bandcamp